In park Frankendael two symmetrical figures, one made from a fabric resembling Giraffe-skin, the other form a fabric with a cow-print, appeared. Every ten minutes the two animal figures performed a carefully rehearsed 6-minute choreography, accompanied by a synthetic drum-machine track. The performance was inspired by reports that during the Corona crisis lockdowns, as soon as human life disappeared from the streets, animals soon took over. Wild boars appeared on the streets of Barcelona, ​​dolphins swam in the canals of Venice.
Location: Parc Frankendael, Amsterdam, we performed one hour on three different days. 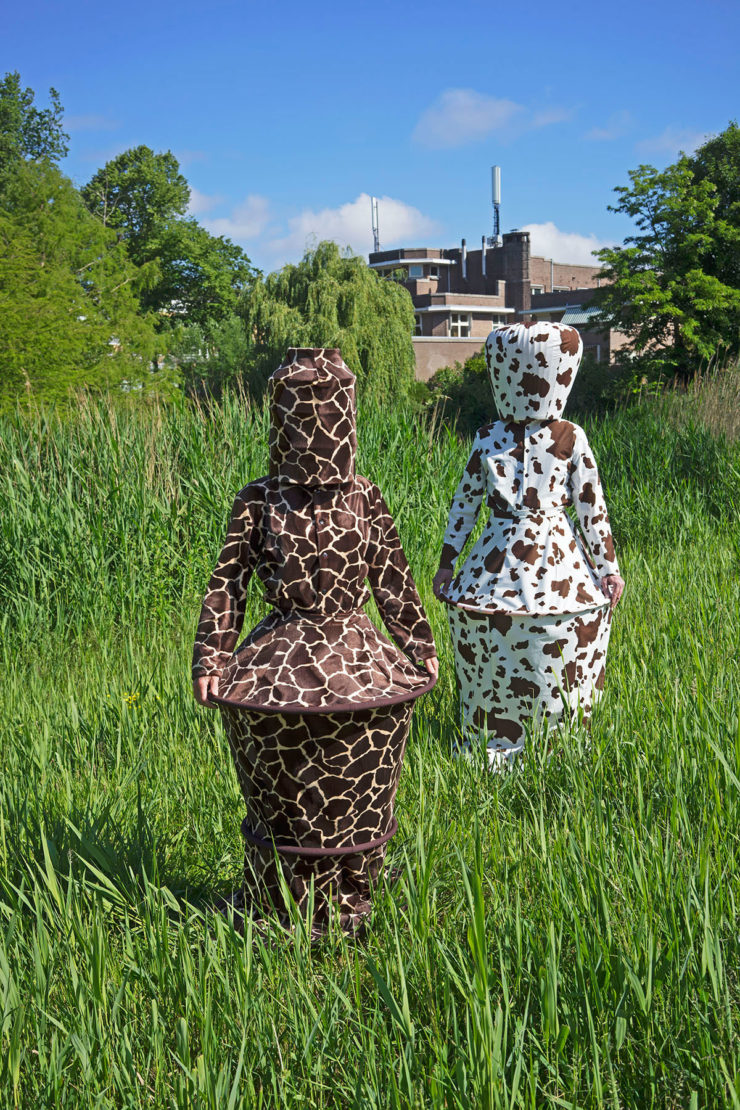 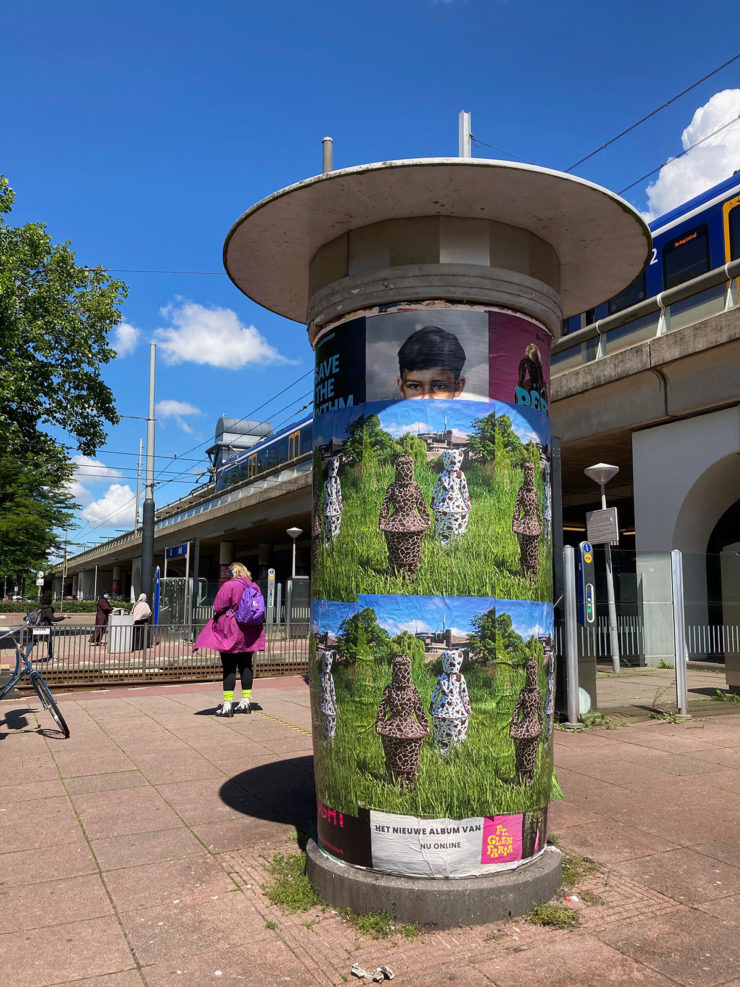 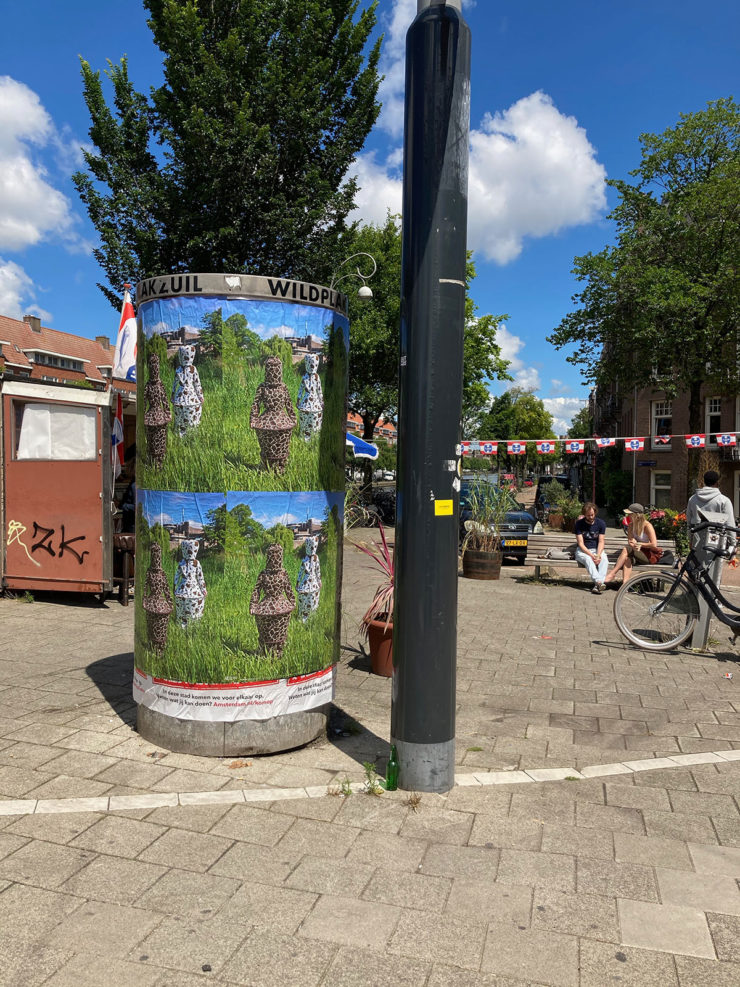 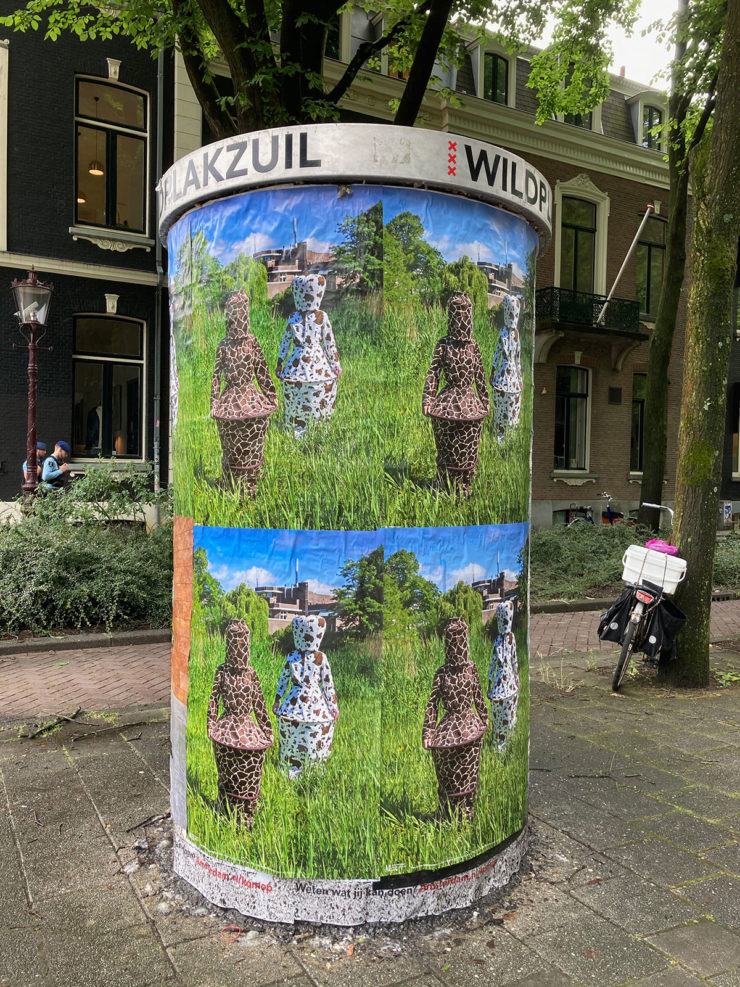