In front of the statue of Domela Nieuwenhuis, a Dutch early 20th century socialist leader, stood a futuristic white figure with a white sphere as a head, carrying a wooden casing around its waist with a picture of a socialist mosaic on it. Every 10 minutes, a revolutionary song from the 1930’s sounded from the wooden casing. A performance about the past and the future, and utopia and ideology.
Location: Haarlemmerweg/Westerpark, we performed one hour on three different days. 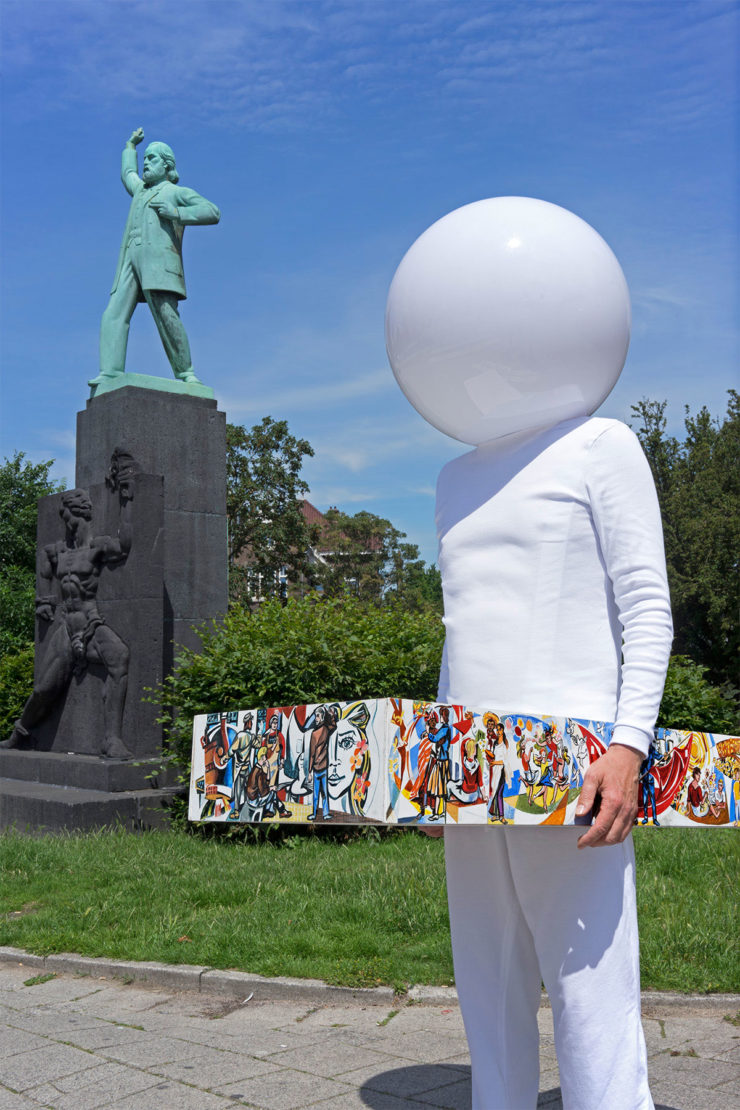 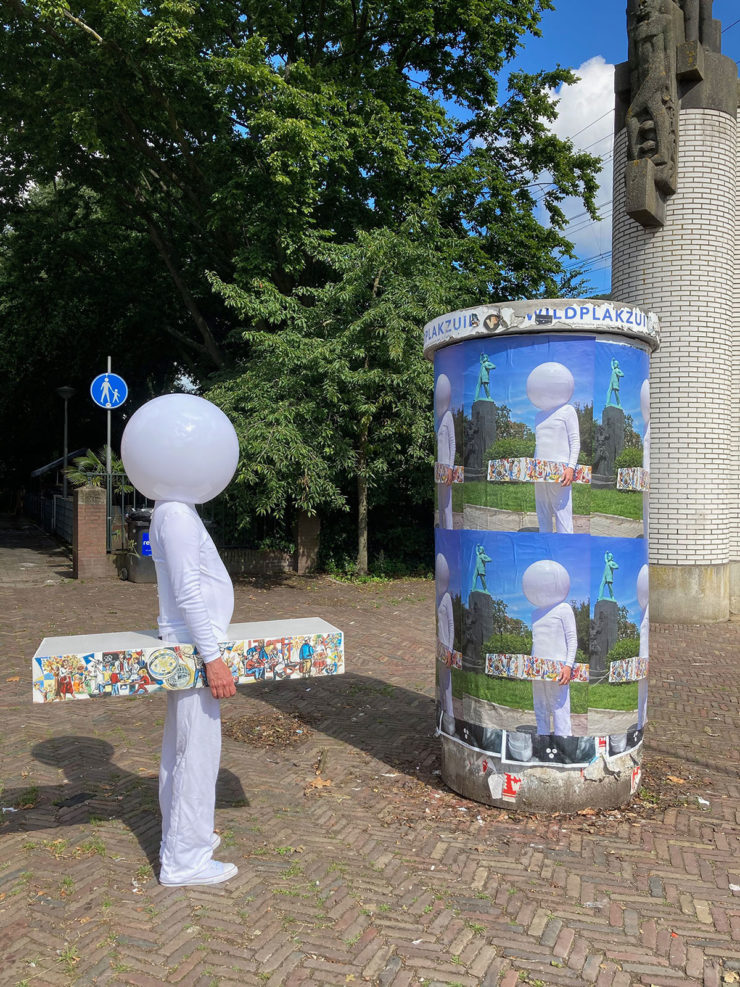 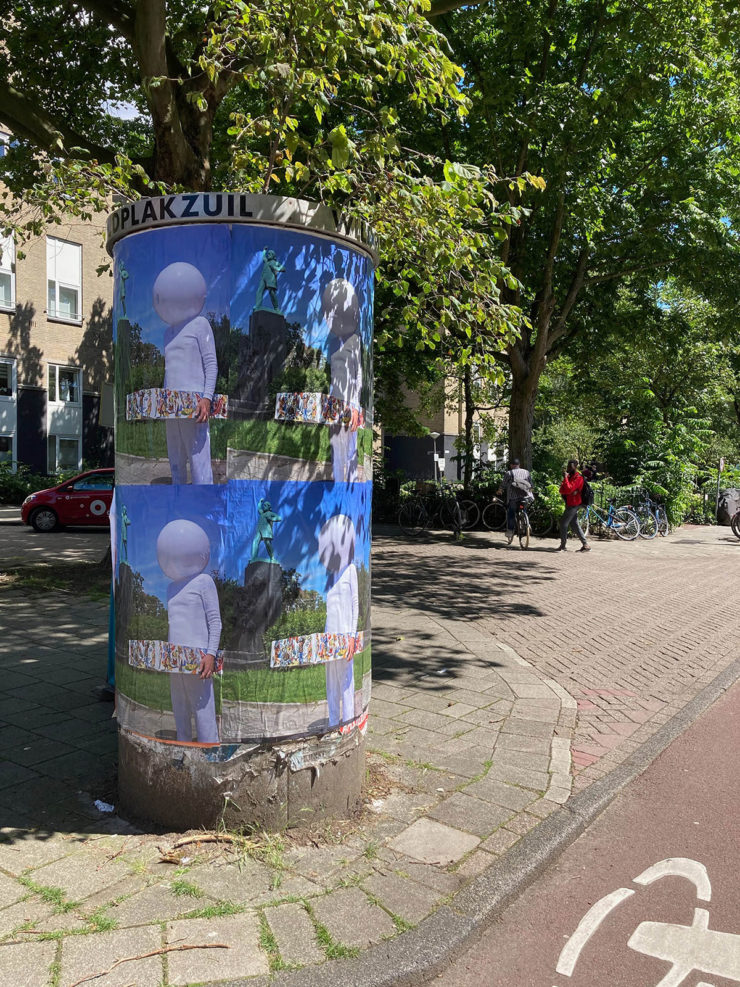 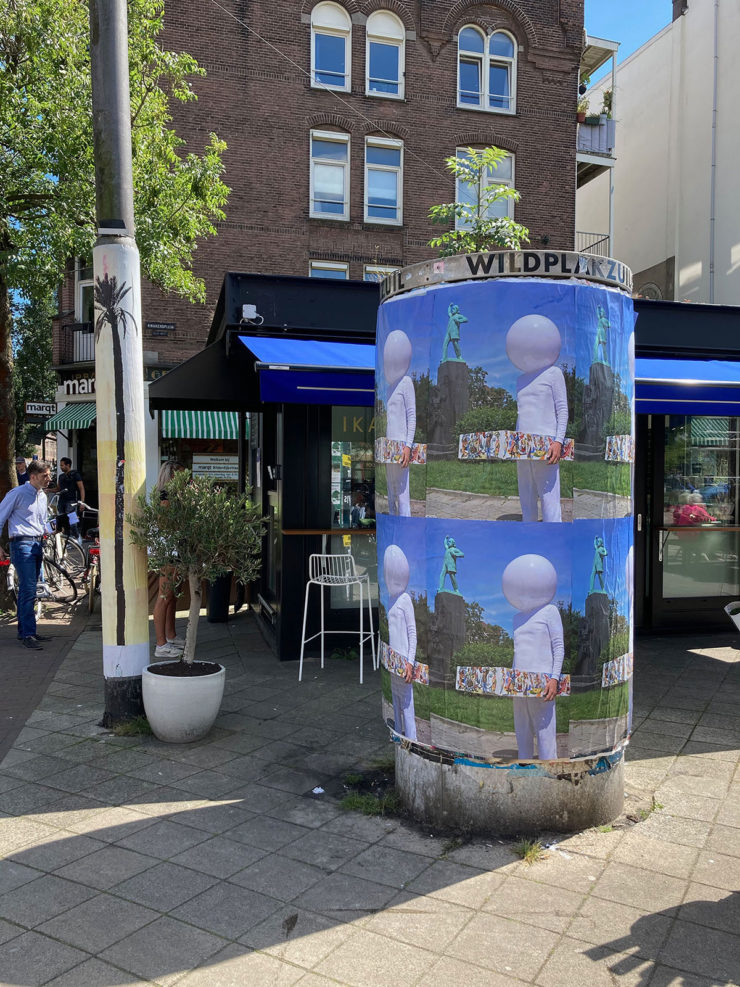