On the so called Zuidas, which is the Amsterdam banking district, there is an iconic shoe-shaped office building. A figure with a scale model of this building as a head, dressed in a costume made from a merry African-style fabric, appeared on the Zuidas. The figure walked around and stood still in different places, displaying a sign saying “ Will work for food” . After being told to move on  by several security guards, the sculpture /figure disappeared.
Location: Zuidas, Amsterdam, we performed for one hour on three different days. 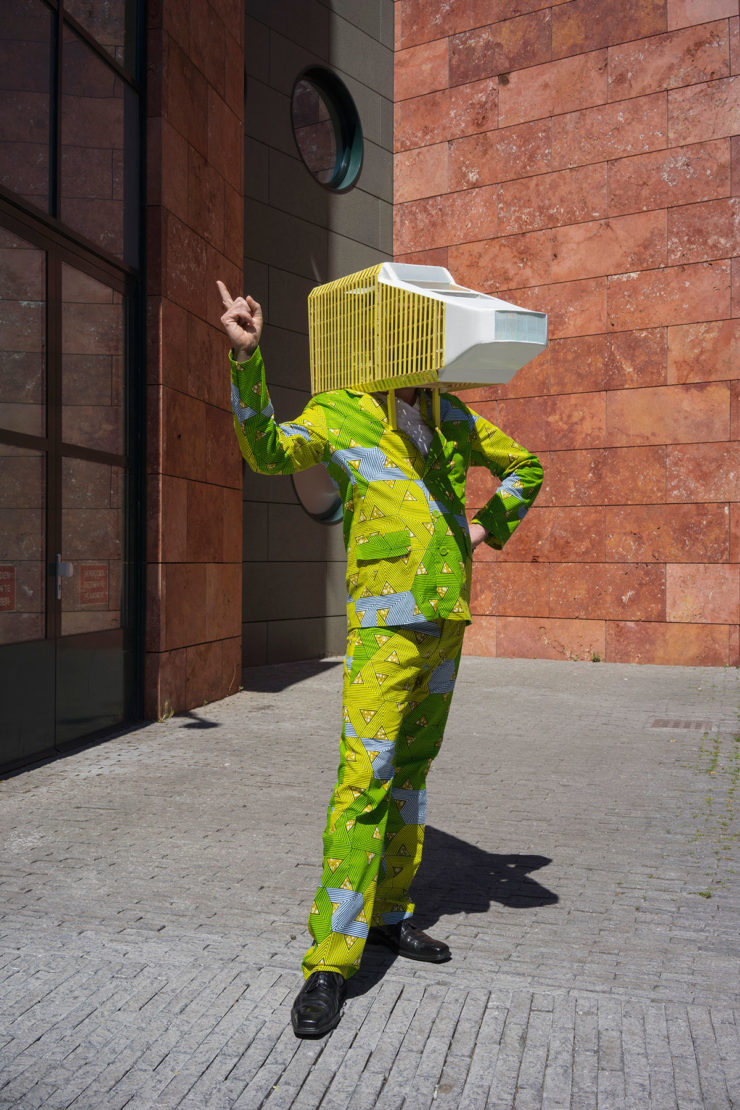 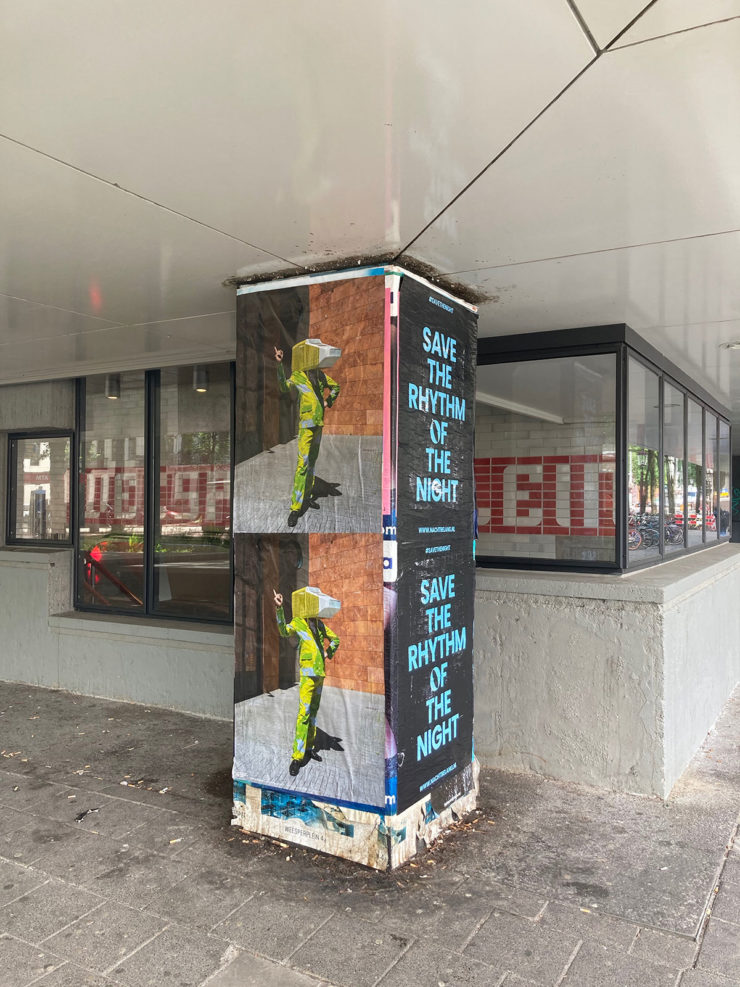 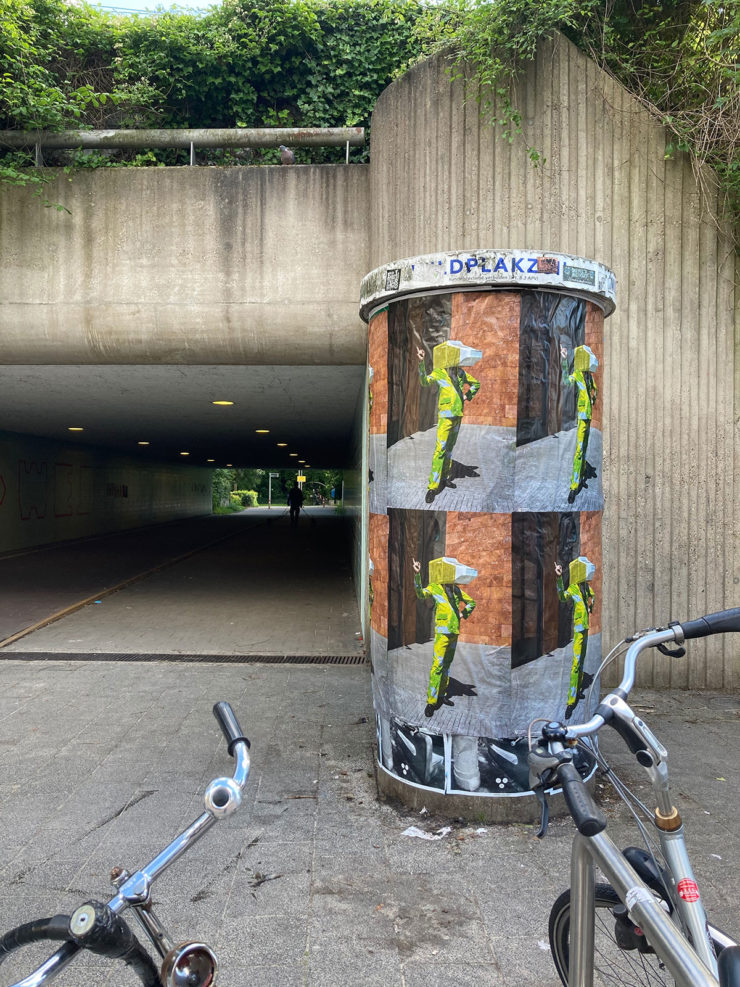