In Floradorp, Amsterdam, a figure made from a fabric with a Mondriaan-print appeared standing still on a street corner. As old Boogie-woogie music sounded from a speaker hidden in the sculpture, the “Mondriaan” did a simple dance for the astonished passers-by. As the music stopped, the figure froze again. Nowadays we don’t associate Mondrian with it, but he loved dancing … and Boogie-woogie.
Location: Floradorp, we performed one hour on two different days. 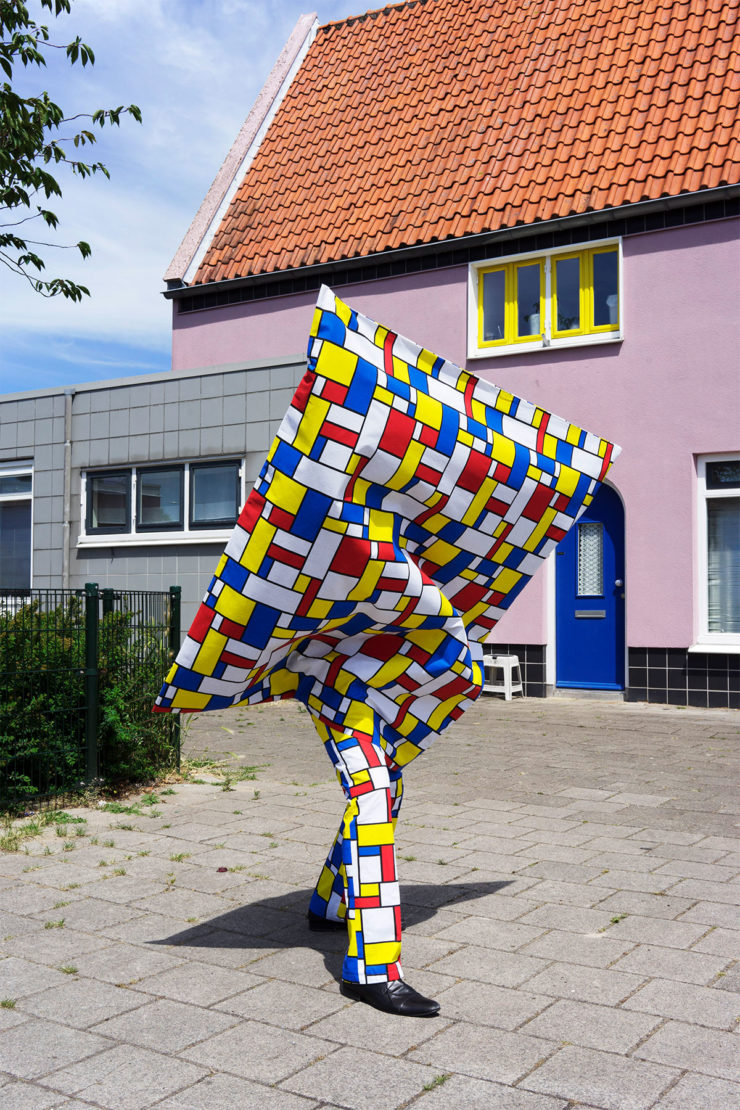 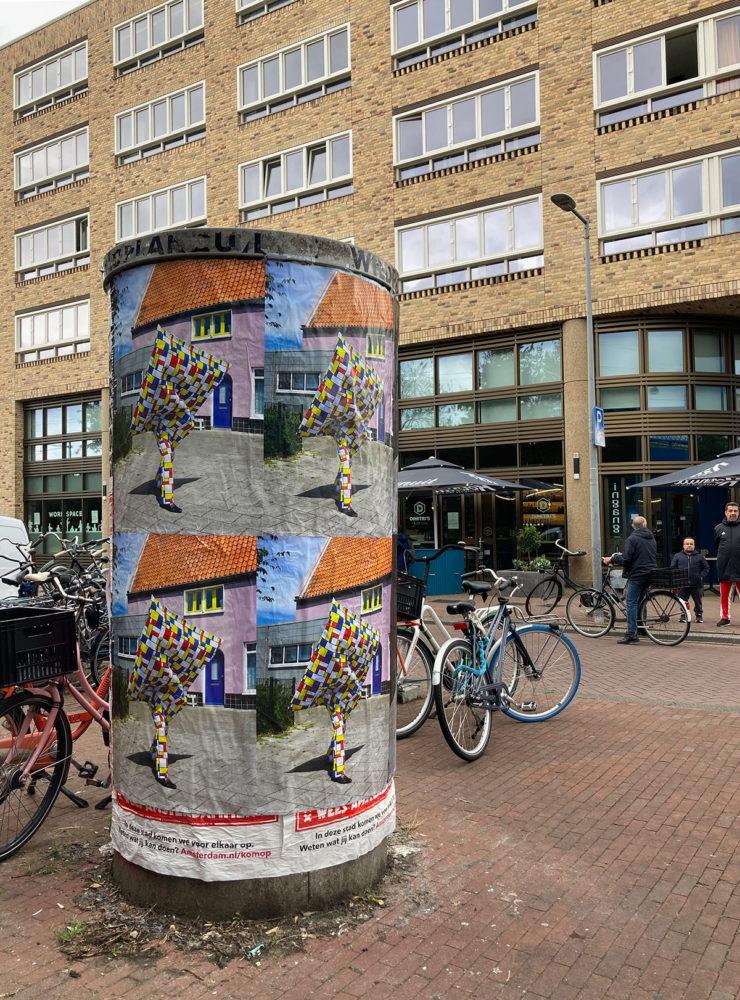 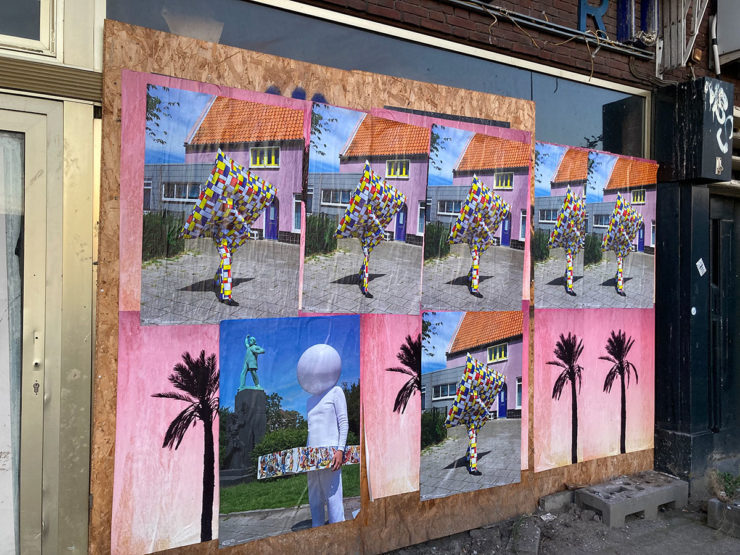 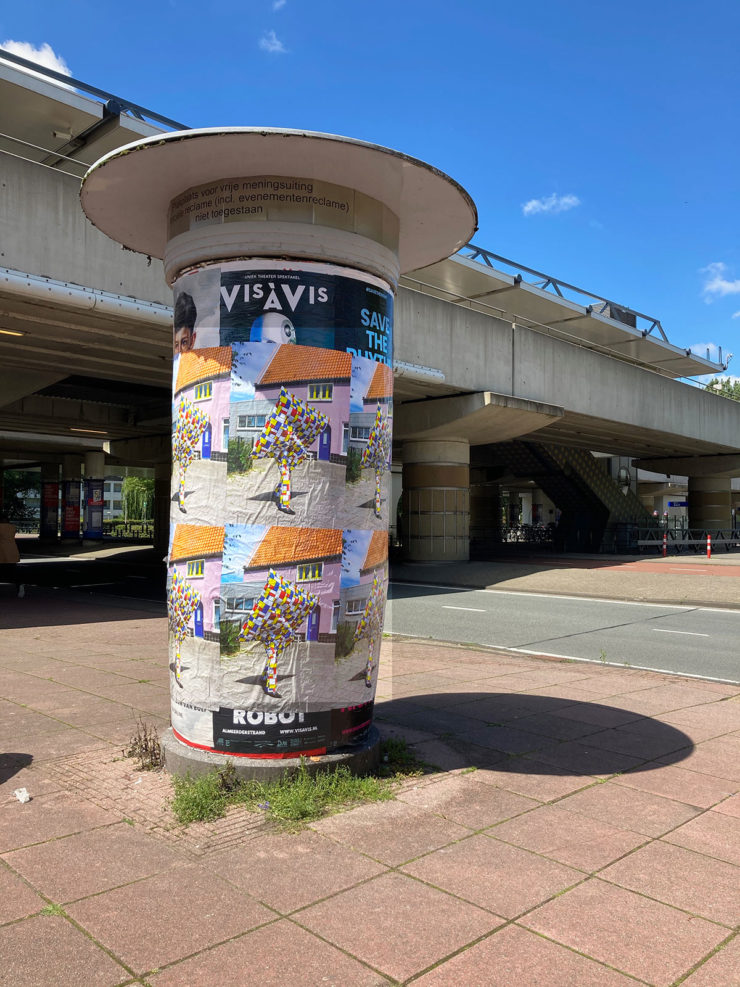