Holy Rocks
Two golden figures did a performance in front of the st-Catharina Church in Eindhoven during the 2021 Dutch Design Week. One was shaped like a crystal, the other was a six-sided form. Beneath these two perfect golden forms, legs in golden trousers- and golden shoes -were visible. In the dull autumn weather the two stylish golden ‘rocks’ were an almost otherworldly presence. The two figures stood still, but now and again two different sounds could be heard alternately, triggering simultaneous movements. In spite of their heavenly appearance, the two sculptures were unable to see which way they were heading.
Duration: 45 minutes 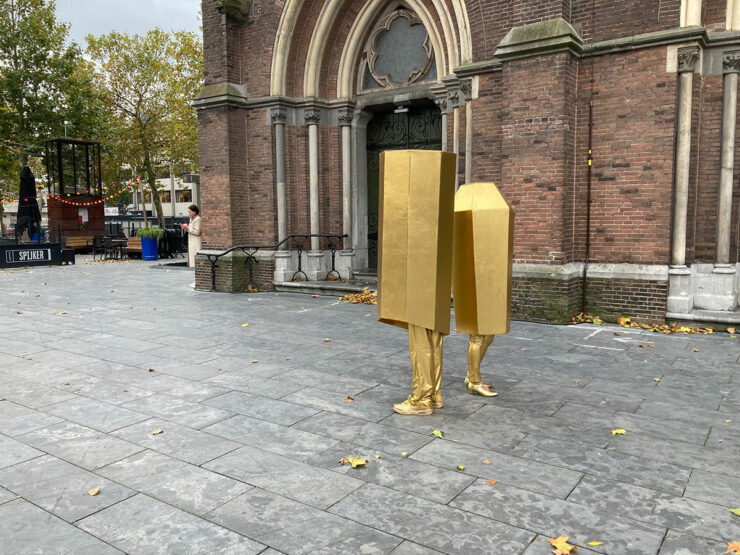 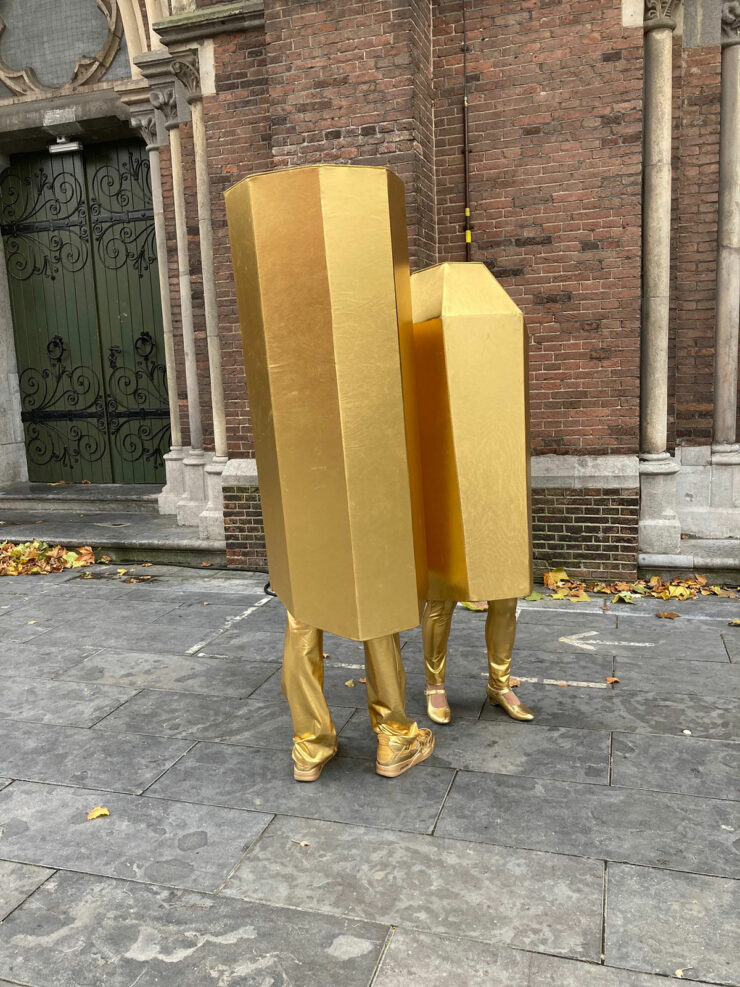 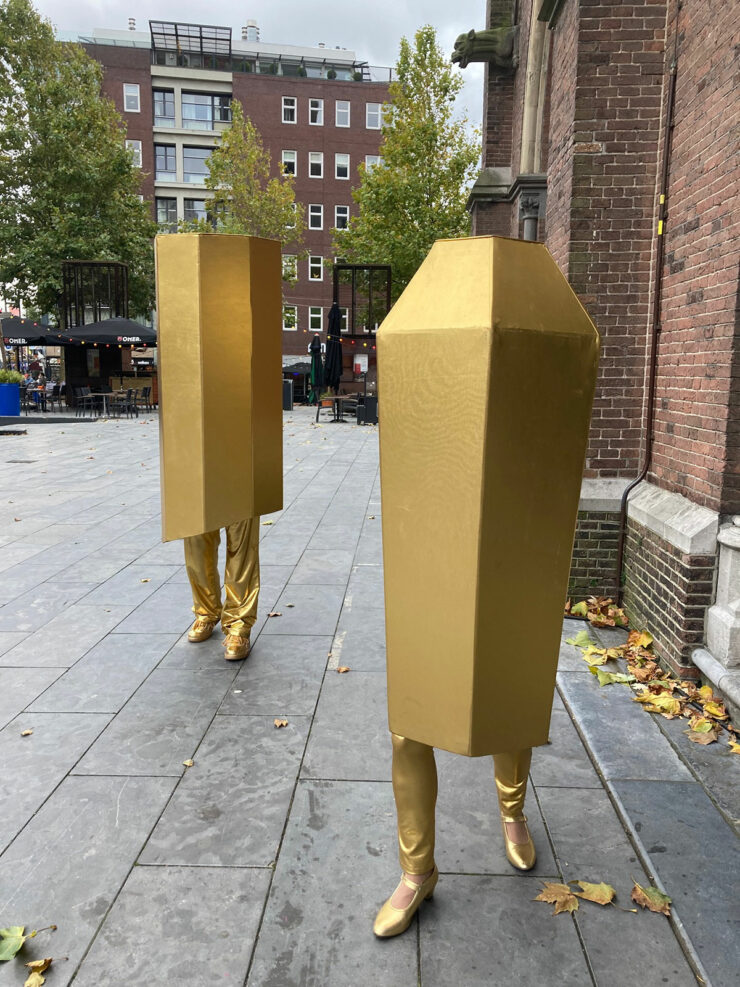