The hand that gives (2021)
The hand that gives is one of five performances from the series Innerworld for public space that Guda Koster and Frans van Tartwijk created for Brabants Kloosterleven (monastic life).
During the Dutch Design Week in Eindhoven two one armed green figures, with green hats where their faces should be, appeared in front of the St-Catharina Church. From their insides they produced a long series of small objects: cups, plastic skulls, apples, small trophies, scissors, barbie dolls, candles, sunglasses and so on. The objects were offered to people passing by. Some objects were accepted as gifts, others neglected and simply dumped on the sidewalk. The two figures were unable to see what was going on around them and handing out stuff was their only means of communication. A performance about good intentions, interaction and (over)consumption
Duration 45 minutes. 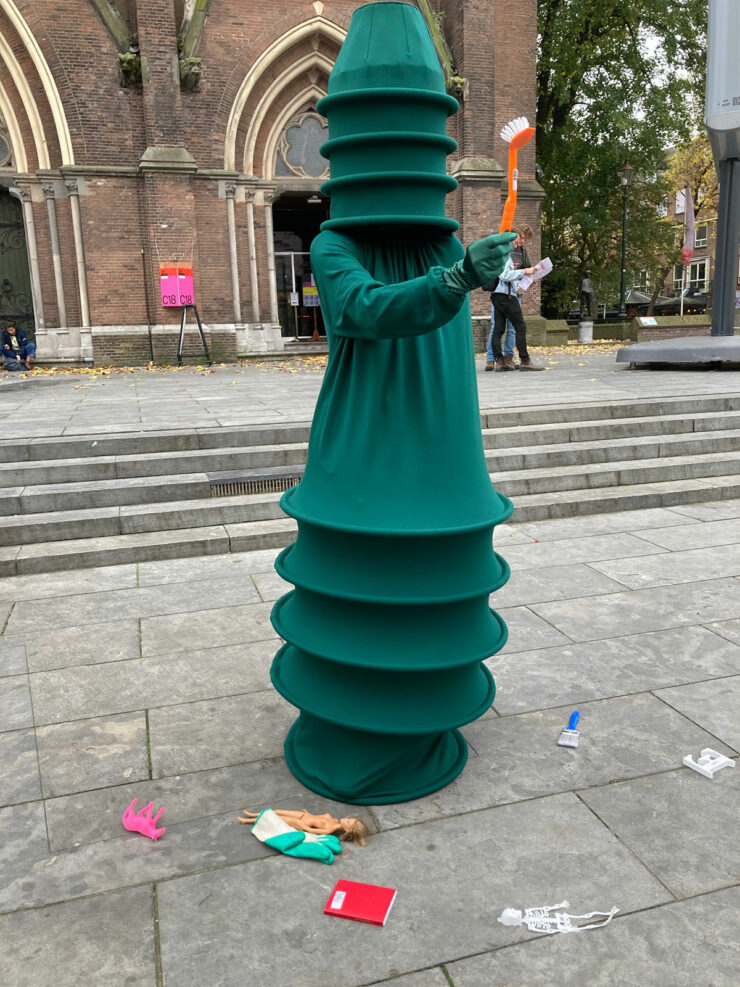 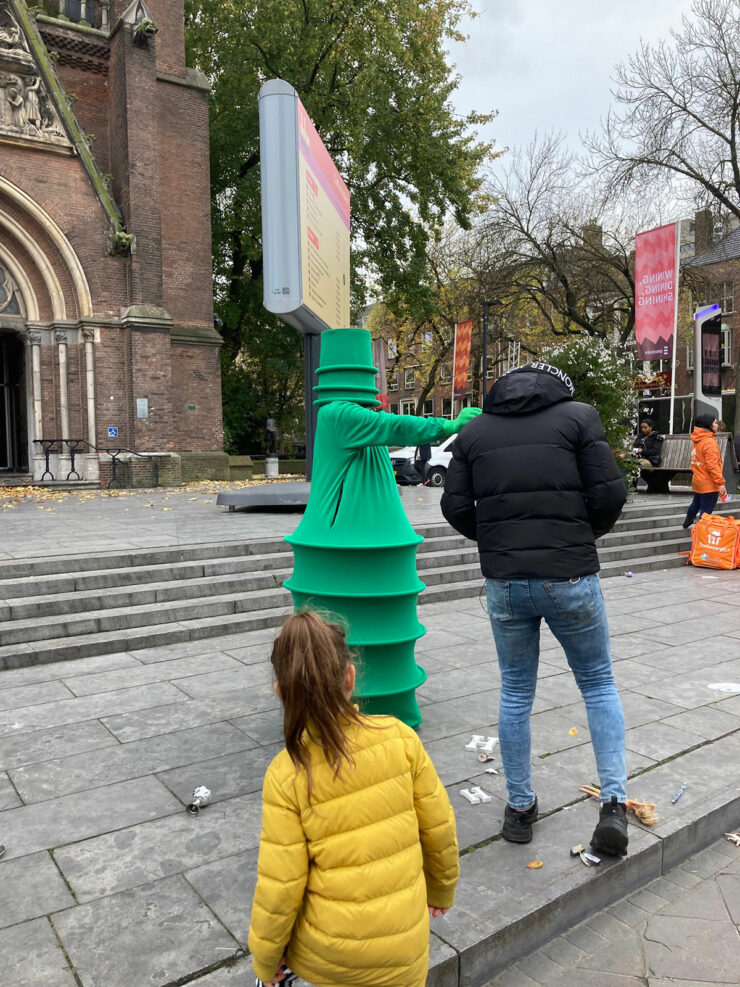 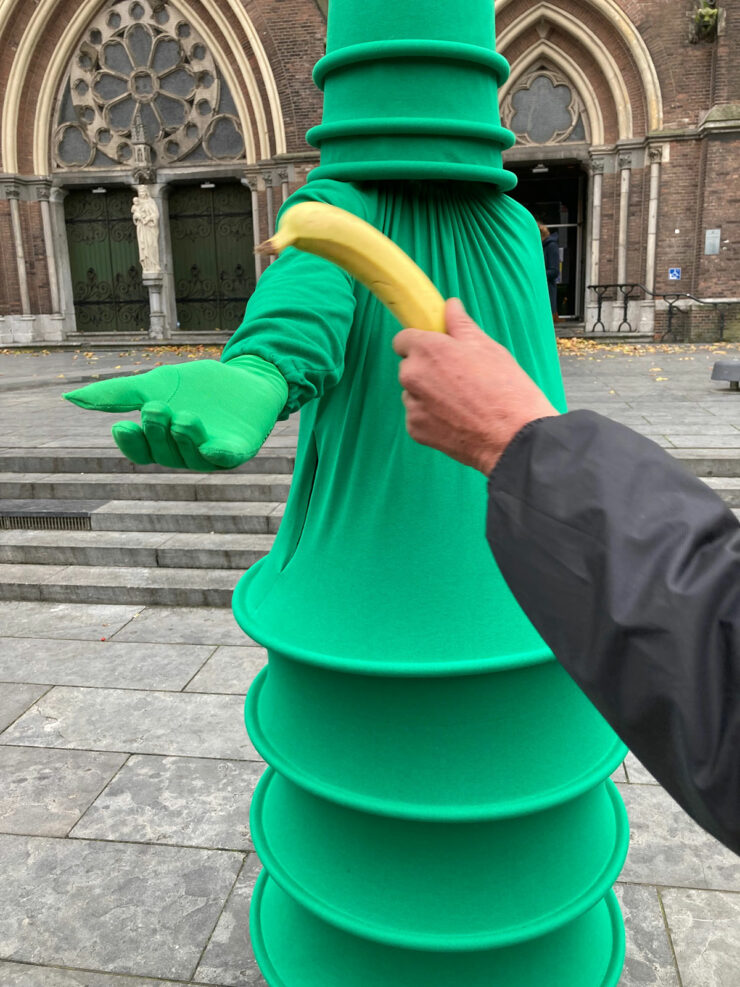 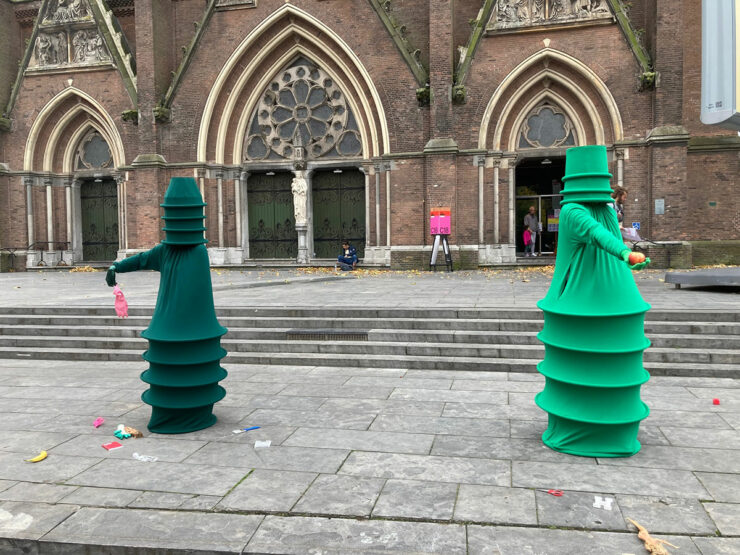