Location: Edelstenenbuurt Alphen a/d Rijn
Year: 2010
Project: Gemstones
Gems!
This project was done in the “Edelstenen”-neighbourhood in Alphen aan den Rijn (South Holland). The Dutch word “ edelstenen “ means “ Gems ”. Gems stand for beauty and richness. The public image of the neighbourhood is, on the contrary, not that positive. The project was an attempt to try and create new, fresh and more positive public image for this neighbourhood
Four inhabitants were invited to take on the role of ambassador for the Edelstenenbuurt. It was their assignment to invite local officials and others for a tour of the area, aiming to highlight the more positive developments and initiatives in the “ Edelstenenenbuurt’.
Four visits took place: Gerbas of the GGZ received Police official Martin Stok in community centre “Trefpunt”. Judith received councillor Hub van Wersch. Mohamed en Selma, pupils of the Islamic ground school “AN Noer” welcomed Monique Haverman of JSO, expertise centre for youth, society and education of the province South Holland. Narin and all the participating women received major de Gelder. The press was invited to be present.
The ambassadors had to look like official ambassadors, or even heads of state. They were dressed up in royal coats. Local Women and members of women’s organisation “Doenja” made four coats decorated with (fake) gems, pearls en beads. For twelve weeks, they met on Thursday’s mornings to work on he coats.
The ambassadors, and many other inhabitants as well, were photographed somewhere in the neighbourhood dressed up in one of the beautiful coats. These official portraits were presented to the guests as a gift. A selection of these portraits was bundled in a birthday calendar, which was distributed in the neighbourhood. In this way the inhabitants could show who they are: precious gemstones! 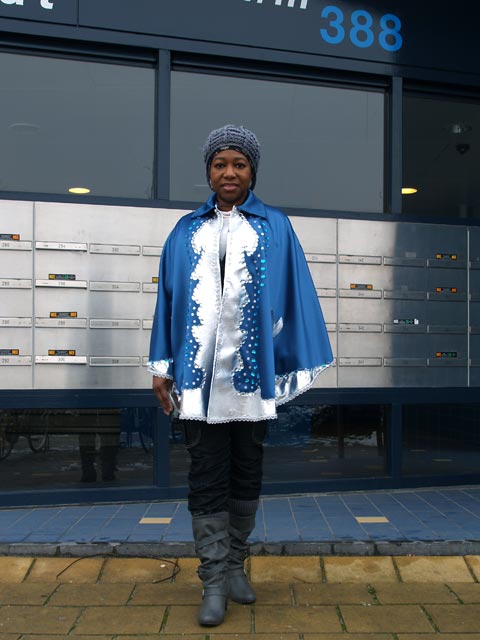 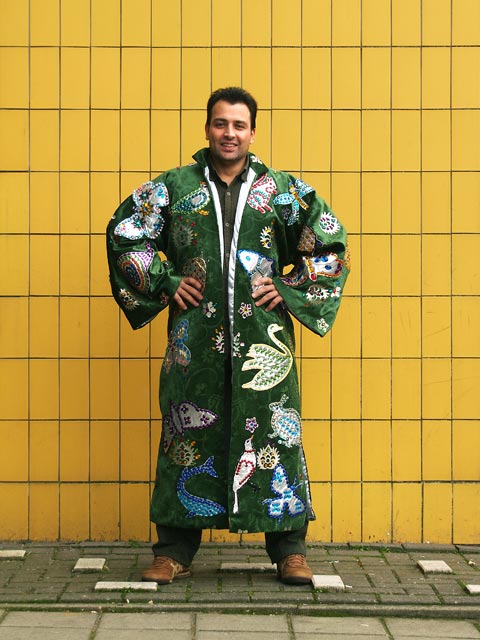 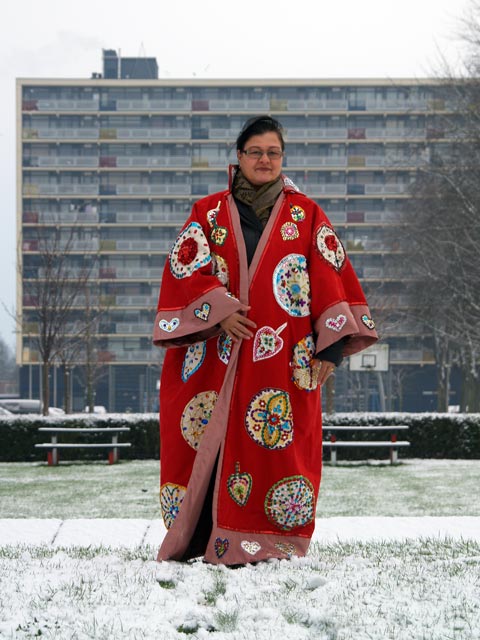 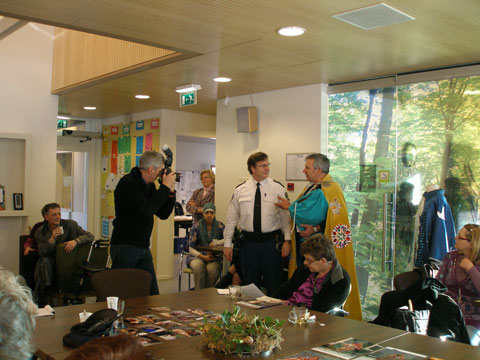 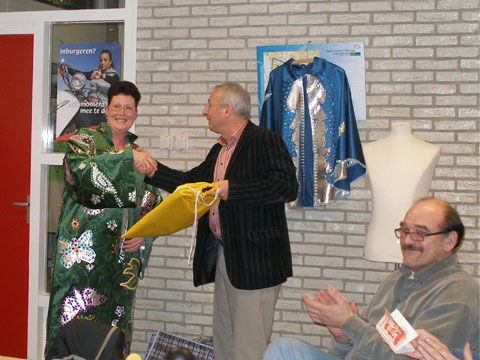 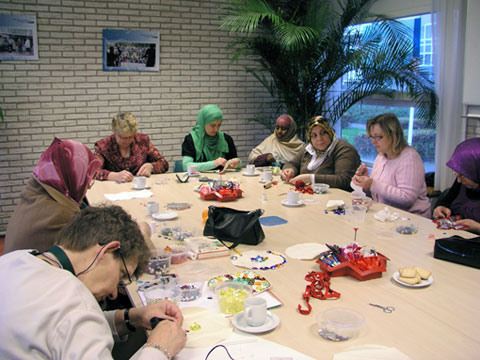 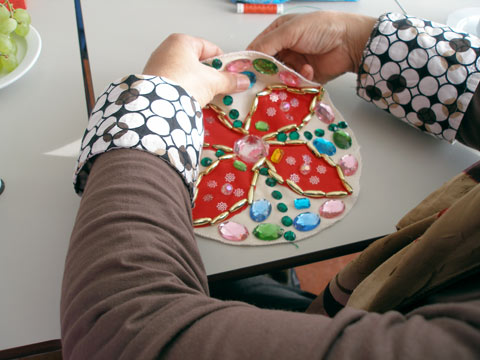 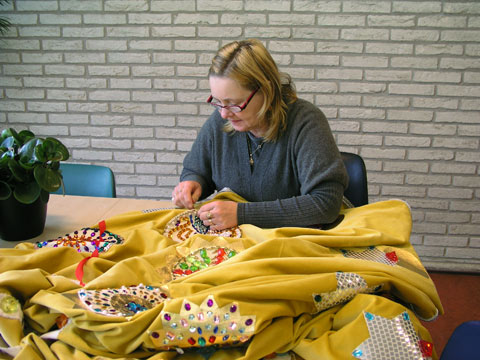