Location: BELLEVUE, das gelbe Haus, Linz
Material: felt
Year: 2009
Bellevue, the yellow house
The city of Linz was the cultural capital of Europe in 2009. For that occasion Peter Fattinger, Veronika Orso en Michael Rieper designed a temporary yellow house, which was built on the verge of a park, overlooking the underpass of the highway. Every day during the summer months of 2009 all kinds of activities took place.
Die Hochzeit
The two neighbourhoods used to be divided by the Highway. Since a Tunnel was built and the highway went underground, the two neighbourhoods were divided by nothing more than a small park. Still, the inhabitants were not truly united. In the three weeks Guda Koster spent at the yellow house she developed the concept of a fictitious wedding between the neighbourhoods “ Spallerhof “ and “Bindermichl”. She found a Spallerhofer and a Bindermichelerin willing to symbolically marry at Sunday, Augustus 9, 2009. Guda designed yellow puppet-like clothes for the couple, cut after traditional Austrian wedding costumes. A marriage is a pact between two people, but this marriage symbolized the unification of both districts.
With thanks to Iris, Lukas, eSeL en Eduard.
You can see a film of he wedding made by Franz Vormayer on http://www.youtube.com/watch?v=Ss0hKm987E0 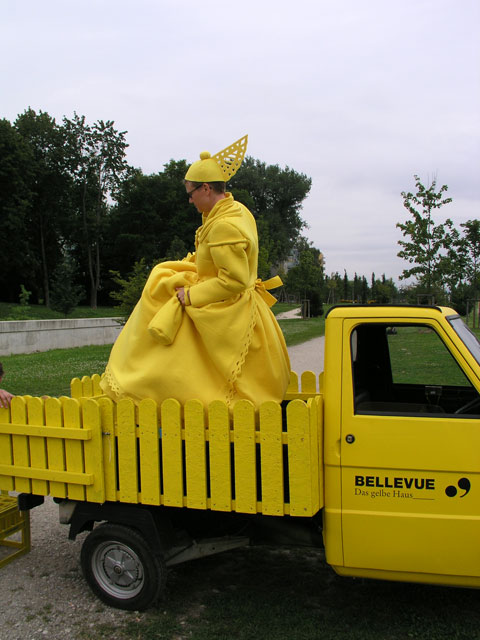 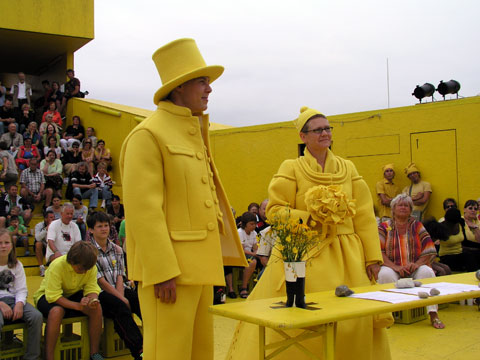 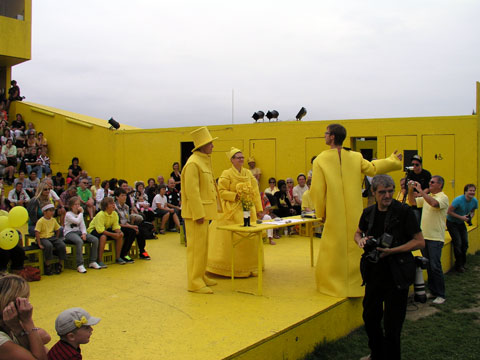 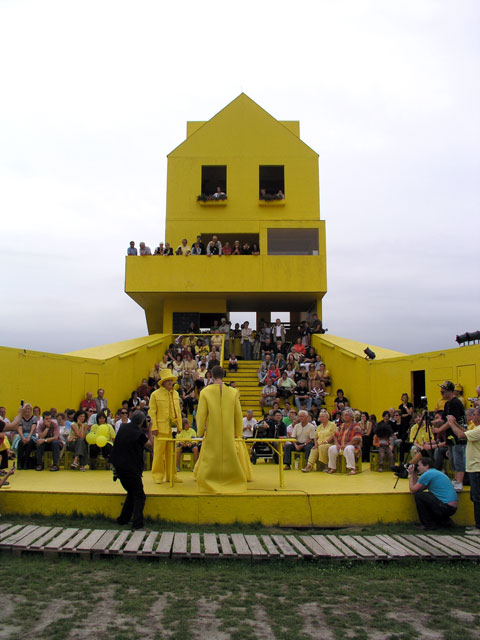 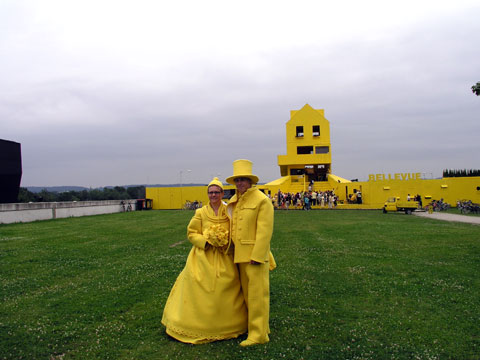 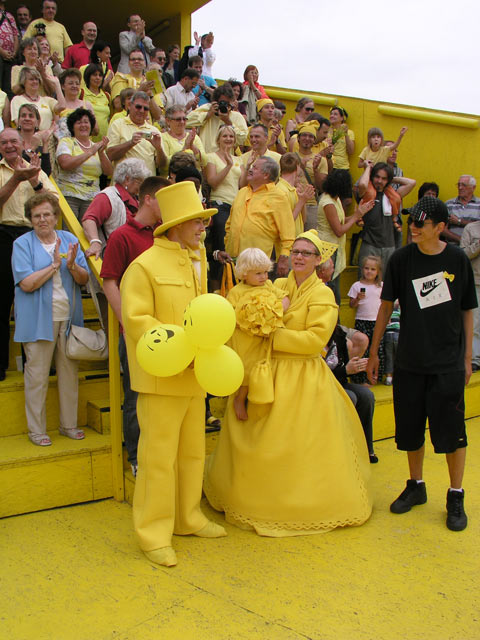