Reli – pop, 2021 is a performance by Guda Koster and Frans van Tartwijk in front of the Sint Jans Church in Roosendaal. Reli-pop is one of the five performances of the series Innerworld created for het Brabants kloosterjaar (Brabants monastic year).
Duration performance 45 minutes 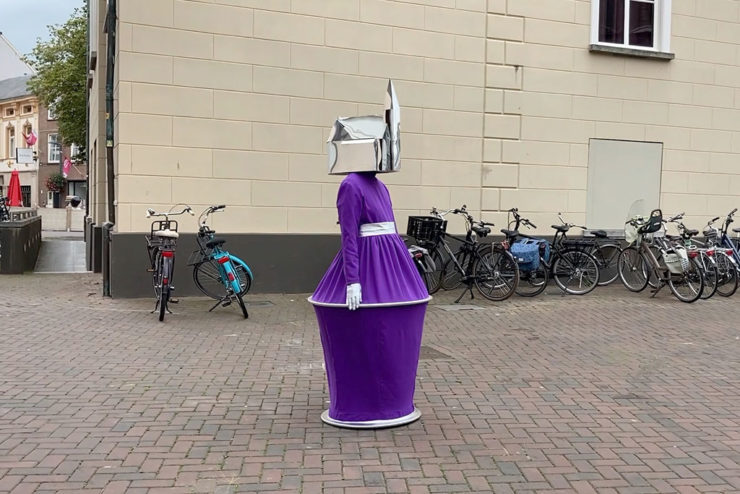