Cosmo Disco is one of five performances from the series Innerworld for public space that Guda Koster and Frans van Tartwijk created for Brabants Kloosterleven (monastic life).

Cosmo Disco was performed by two figures dressed in shiny silver suits. The top part of their bodies were hidden in silver shapes: one in a large disc, one in a cube. The figures movements were triggered by a futuristic soundtrack, consisting of apparently random bleebs and electric piano notes. Sometimes the figures moved simultaneously, sometimes they moved in opposite directions. At first glance sound and movements may look as if  they were improvised on the spot, but they were carefully planned. Cosmo Disco was perfomed in front of the St-Catharinachurch in Eindhoven, during the Dutch Design Week, 2021. Audience were the casual onlookers, who happened to be passing by.
Duration: 45 minutes 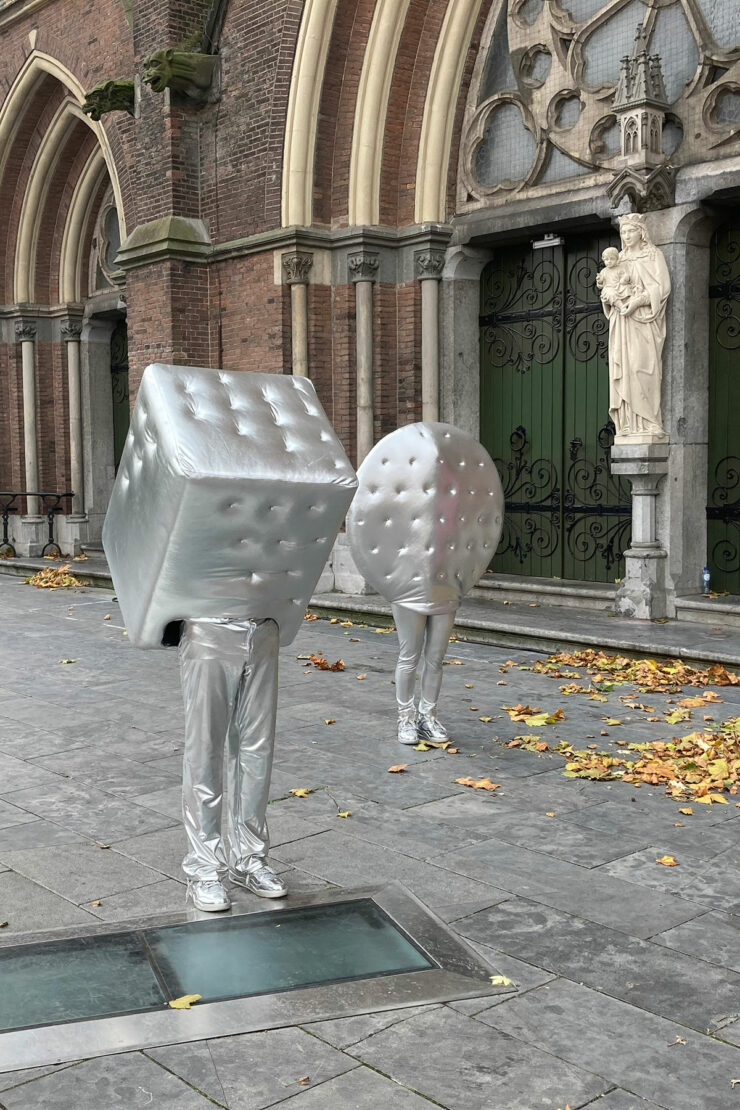 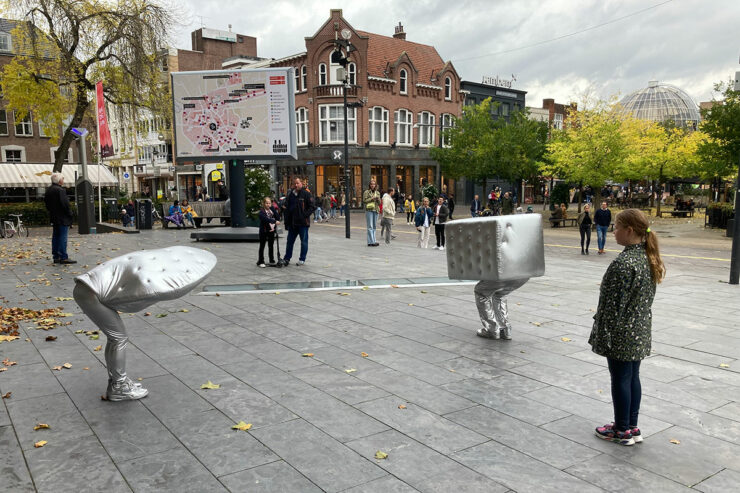