Skip to content
On 4 days in April 2022 four ‘living sculptures’ appeared near the Gelderlandplein in Buitenveldert, Amsterdam. These surrealistic figures (Tobleronia, Lost and Found, Black Friday and Fluffy Wit) walked in circles around the Gelderlanplein Shopping Mall and passed the Merkelbach School on the way. They walked by, stopped now and again, but mostly went their own way. Each of the 4 works made for this performance had a different appearance and name. The specific location and close proximity to this somewhat luxurious shopping mall added a layer of meaning to this performance.

The performances of Guda Koster and Frans van Tartwijk are not announced as events. They create confusion, but are not intrusive. The accidental passers-by are the audience. 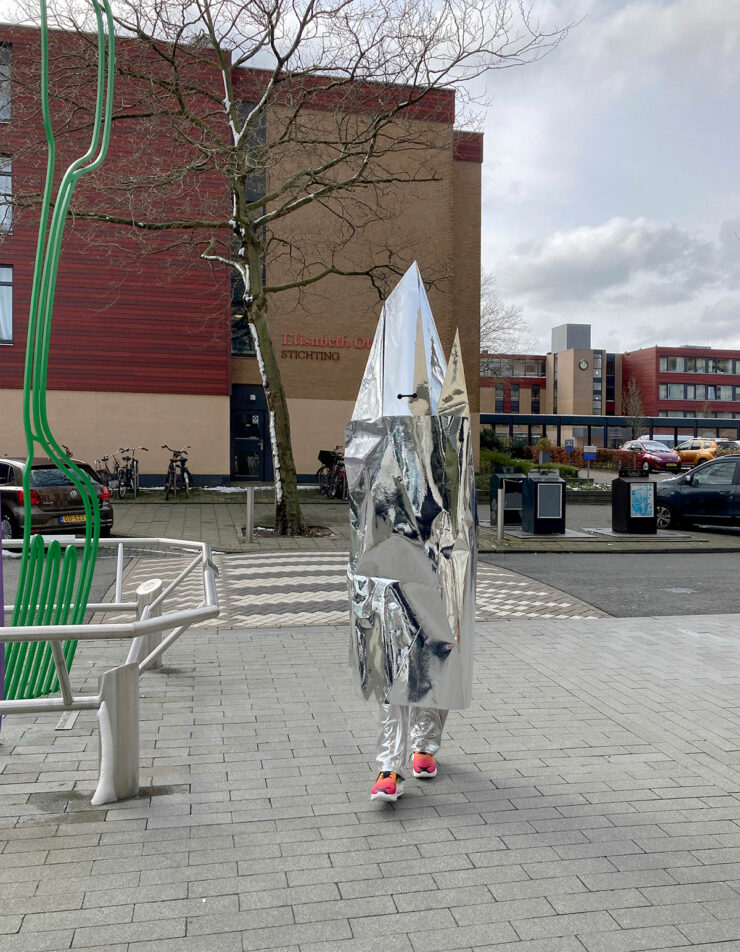 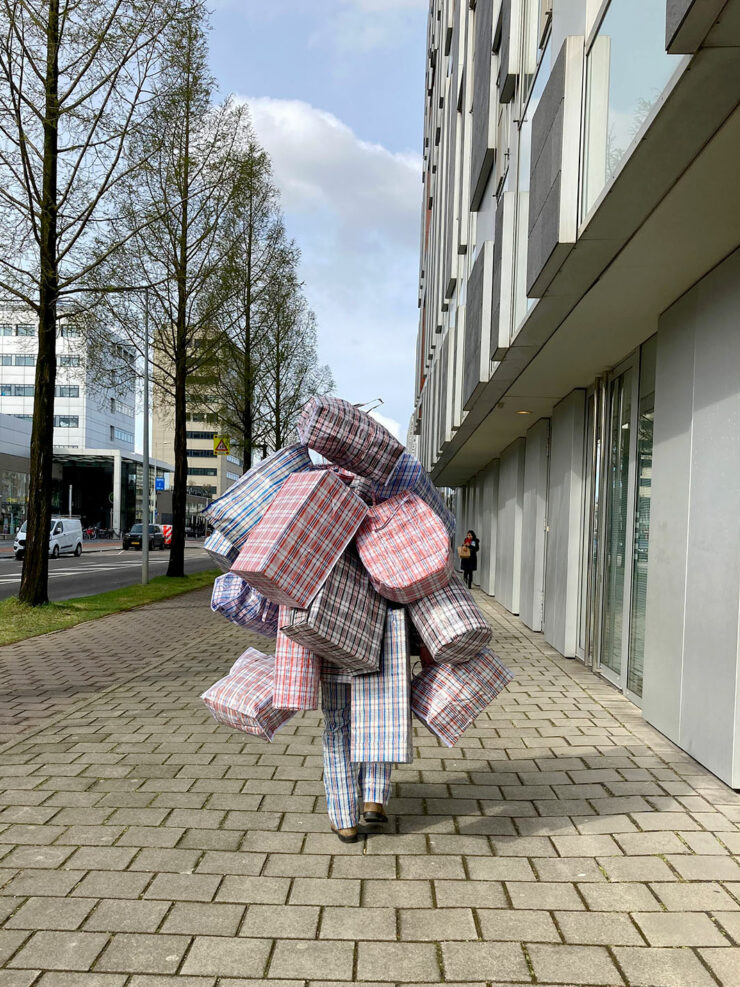 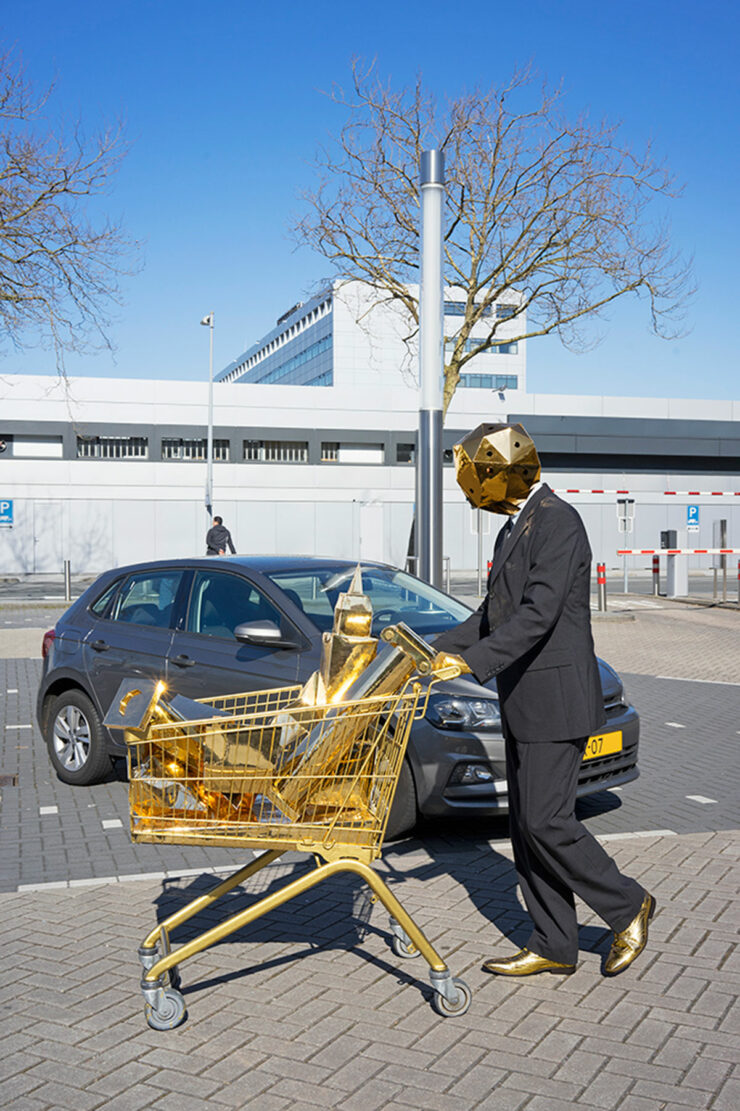 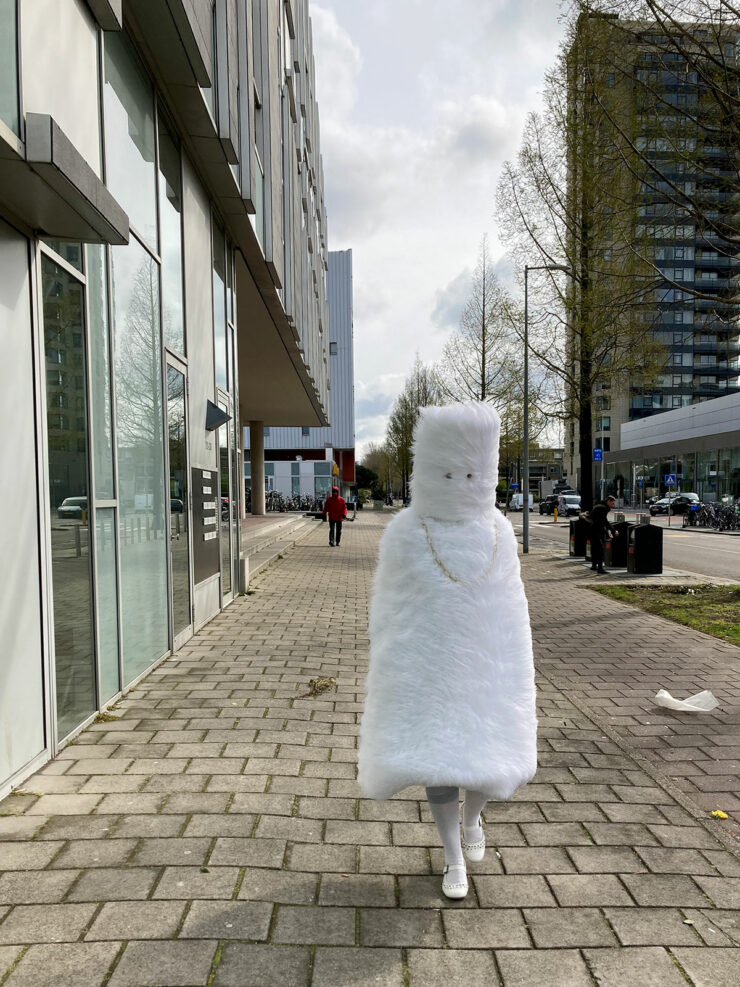